The “Justification Defense” in a Domestic Violence Case

Can you use the “justification defense” in a case of domestic violence?

SUMMARY: I recorded this video to explain the use of this unique provision of Arizona law that helps victims of repeated domestic violence acts to defend themselves under certain circumstances.

ARS 13-415 states what the justification defense is, how it is to be construed and what it covers.

A “justification defense” is based on the fact that you are justified in your defense from an assault against yourself, someone else or your property. The easiest example of such conduct would be the case of self-defense.

This is a unique provision of the law as other types of justification do not allow you to present your own “reasonable perspective”. The law seeks to protect the victim of repetitive domestic violence who finds himself/herself charged with an act of domestic violence.

Click on the image below to watch the video

A justification defense is when you are justified, i.e. the law permits you to act in a certain way to either defend yourself, or to defend someone else, or to protect your property. And it’s an absolute defense to a conduct (yours) that would otherwise be illegal.

The easiest example of justification would be self-defense. If I were to walk up and punch somebody, I would be committing an assault. However, if I was defending myself because that person was threatening me and I had a reasonable belief that they were going to hurt me, then my assault on them would be justified, and I would not be committing a crime.

The reason why the “domestic violence justification defense” is so important is because it allows a Court to consider all the past domestic violence that has occurred between you and the person with whom you’ve had this interaction.

So, for example, if you had been a victim of multiple acts of domestic violence and then you got arrested, you could use this defense to show that your actions against the person that you assaulted were justified because you had a genuine fear based on past actions that person had done to you; it was justified for you to defend yourself in those circumstances.

It is, in a sense, a subjective perspective because it’s from the point of view of someone who has been a victim. So, the law takes into account your prior experiences with someone who has been abusing you. And this really opens up defenses that are available to you if you’ve been accused of an act of domestic violence.

I appreciate you taking the time to review this. I would encourage you to look at Arizona Revised Statute 13-415 and to call me if you have any questions about it.” 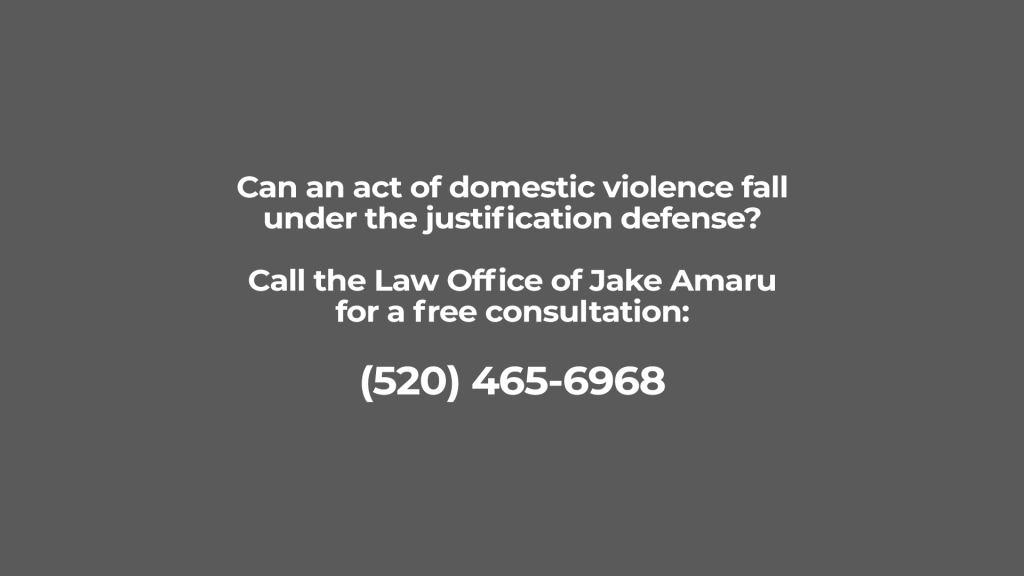